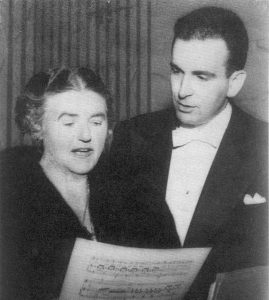 Recordings You can listen to every commercial recording made by Lehmann from 1914-1949.

Special Aria or Song A concentrated account of a particular opera aria or the Schubert cycle, Winterreise, Dichterliebe, and Die schöne Müllerin with Lehmann’s own paintings and recitation, as well as her singing.

Songs in English Since many of the visitors to this site speak English, this can be an especially nice introduction to the world of Lehmann.

Light songs and operetta The division between “art” music and light music wasn’t so distinct in Lehmann’s time and she sang and recorded a lot of pop-like songs.

The 1940 Met (in Boston) Die Walküre (excerpts) with commentary is now available in good sound. You can also listen to the complete 16 January 1937 Metropolitan Opera performance of Wagner’s Die Walküre with Lehmann as Sieglinde, Melchior, Siegmund, et al. The noise level and the broken bits can be annoying, but the singing-acting that you’ll be able to decipher is beyond anything that you may have heard.

For the Lehmann completest, we have a few seconds of her singing as Eva in Die Meistersinger conducted by Toscanini at the Salburg Festival of 1936. You’ll hear the prize song sung twice and then she sings a bit at 3:24.

Perhaps also for the completest, though some of the recordings are decent, we offer excerpts from Vienna Opera performances with Lehmann of: Die Meistersinger, Tannhäuser, Andrea Chenier, Die Walküre and Der Rosenkavalier.

We have a whole page dedicated to a live concert Lehmann performed with the Seattle Symphony Orchestra in 1946. The orchestra doesn’t sound professional, the recording is poor, and, since it was performed outdoors (in the University of Washington Stadium), there’s ambient noise. But Lehmann sings well, despite everything. Schubert’s Die junge Nonne, Der Jungling an der Quelle, and Der Erlkönig. She also performs Wagner’s Träume, from his Wesendonck Lieder.

Many songs on the Bruno Walter Society LP have never found their way to CD. Here’s that recording. BWS LP 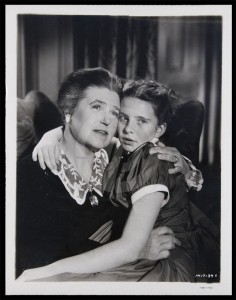 You can hear the 6 January 2015 presentation called Lotte Lehmann, Legendary and Unknown prepared by Gary Hickling for the Vocal Record Collectors Society. The presentation included Lehmann singing well known as well as rare aspects of her repertoire. Gary Hickling provided the introductions to each selection Part One. Part Two lasts just over 30 minutes.

Lehmann CDs: A compilation of the CDs and their contents.

Famous Conductors for whom Lehmann Sang

Comparisons It’s always interesting to hear how Lehmann sounds in comparison with others of her time and ours.

Roles & Repertoire One can view the roles that Lehmann sang on the opera stage, how many times she sang them and when she first essayed them. The list of her art song (Lieder) repertoire is also available.

Discography This discography is useful for those who want the details of matrices, takes, and recording dates. The first listed “Recordings” offers a simplified “discography” with the sound for each entry.

Missing Recordings These are radio broadcasts for which we have little or no sound documentation. Keep your eyes out!

Here’s a live excerpt of Lehmann in the final Meistersinger quintet: Selig wie die Sonne_with the Vienna Opera conducted by  Weingartner in 1935 in quite bad sound, but fun to hear on the stage. And next a slightly cleaned up version of the acoustically horrible (but exciting) short-wave broadcast of Toscanini conducting Lehmann in the Abscheulicher and Komm’ Hoffnung of 16 August 1936. YouTube has posted a really well-filtered version of one of Lehmann’s most popular recordings, the 1924 acoustic of Korngold’s famous duet from Die tode Stadt with Richard Tauber.