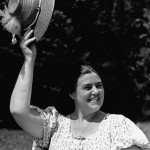 Though best known for opera and Lieder performances, Lehmann also sang and recorded lighter music: operetta, Viennese waltz songs, and pop songs of her day. This is the place to sample this delightful outpouring of spirit and joy!

Let’s start with one of the few records that Lehmann enjoyed listening to in her retirement: the Bavarian dialect folk-like song by Böhm called ‘s Zuschau’n.  Another very light-hearted song is Eine kleine Liebelei by Ralton.

Next one of the songs that Lehmann often used as a light encore: Heimkehr vom Feste by Blech. 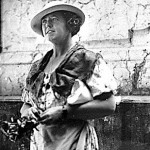 Europe and was probably feeling a bit homesick. Ulanowsky, her pianist, was also from Vienna, and you can imagine the two of them reminiscing about the “old days.” 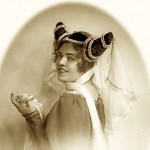 as Frau Fluth from the Merry Wives of Windsor

Though Lehmann fought against singing operettas because she felt it might work against her opera credentials, the recordings she made show her enjoying immensely her lighter side. Nicolai’s Nun eilt herbei, Witz, heitere Laune

In the following recording one can hear Lehmann speaking the lines of introduction to the actual operetta aria. From Eva by Lehar: So war meine Mutter