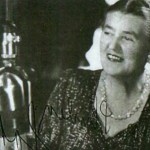 On this page you can hear interviews with Lehmann. On another page you can hear interviews and programs about her. Marcia Davenport wrote a long article on Lehmann for the New Yorker in 1935. After retiring from opera and Lieder, Lehmann became a ready target for interviews. The reasons are not hard to imagine: she was witty, irreverent, and knowledgeable. And charming! She had known and worked with famous musicians such as Strauss, Toscanini, Bruno Walter etc., so when their anniversaries or deaths occurred, Lehmann was contacted. She also was heard on the radio during Met broadcasts, especially when Rosenkavalier, Lehmann speaks about Marschallin or another opera for which she was famous, was being performed.

Lotte Lehmann was a fascinating person to interview. 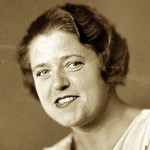 The list of people who did so is long and luminous, both in the US and Europe. As you’ll hear when you sample the interviews provided below, Lehmann has a sense of humor, knows how to tell a story, and is completely at ease in front of a microphone. Sometimes sparks flew, as when she was on the same program with her former rival Jeritza (see below). But usually it was civilized and after she’d been asked the same questions over the years, predictable. 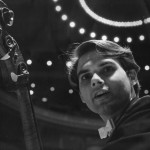 Let me describe my own experience with the WBAI (New York City) interviews I recorded with her in 1972 and 1973. She wanted the questions in advance and even rejected some of my questions. Lehmann also made suggestions about areas of her career that I should ask about. When there were technical problems with the telephone connections (this is before the time of satellites) she could become impatient. But generally she was kind and helpful with me, someone not so knowledgeable in her fields of opera and Lieder. 85th Birthday Interview. Lauritz Melchior died on 17 March 1973. Thereafter many LPs appeared and there were many programs dedicated to his memory. I contacted Mme. Lehmann asking if she’d consent to an interview for a memorial program I was preparing for WBAI. I sent questions etc. and a date and time were arranged when we could do another phone interview. As you’ll hear, the telephone connection isn’t great, but one can understand Lehmann’s words. I haven’t edited out the personal portions. I’m proud that she was so kind as to offer some kind of letter of recommendation for my upcoming new life in Munich. Many months later she actually wrote such a letter which allowed me to audition for the Symphony Orchestra Berlin, where I played for the 1975-1976 season. Lehmann on Melchior 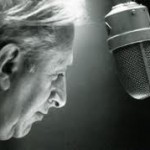 One of the best known interviewers of the US was Studs Terkel (1912 – 2008), who seemed to know about every field and bring out of his subjects deep insights into their work. His magic worked with Mme. Lehmann, first in 1960 and then in 1973. In the first interview: 1924 Marschallin with Bruno Walter; on acting and being a singing actress; in teaching no imitation; she hopes to bring a new conception for student. LL_Terkel #1 LL_Terkel #2

Of course Lehmann was constantly interviewed in Germany and Austria. Here is a compilation of German language interviews: German Interviews

A complete interview with Gausmann includes Lehmann reading one of her own poems.

From 1937 we have a radio interview on the program called “Let’s Talk it Over” on which Lehmann discusses her art and recent novel Eternal Flight. Let’s Talk It Over

John Gutman (1902-1992), an assistant manager at the Metropolitan Opera, had the opportunity to interview Lehmann during the Saturday afternoon broadcasts concerning Der Rosenkavalier. This one is from 1958: Lehmann & Gutman

On 28 February 1973, the day after Lehmann’s 85th birthday, an interviewer recorded the following four tracks: Lehmann speaks of Santa Barbara, the San Francisco Opera and her art; Lehmann tells of conductors, teaching, Lieder, retirement and Nazis; Lehmann recalls her US debut and about Wagner roles in general; Lehmann discusses Mozart roles, her favorite role and the best compliment she heard. 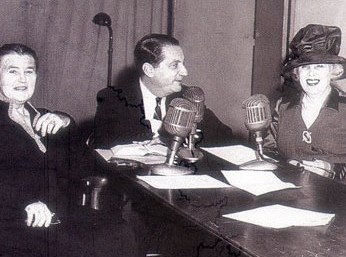 In 1962 during a Metropolitan Opera Saturday broadcast intermission, Lehmann and Maria Jeritza, her  rival who she despised, were brought together for an interview. The vitriol flew and the following tracks were the result. Early Versions of Ariadne auf Naxos, Second Version of Ariadne auf Naxos, Richard Strauss as a Conductor, Discussing Die Frau ohne Schatten, Elektra, Salome, Intermezzo, and Rosenkavalier, Puccini, Tosca, and Il Trittico, Contemporary Singing

On 1 May 1960 Peter Jacobi interviewed Lehmann for WRMQ. Lehmann speaks of her retirement, teaching, her career, Bumbry, Vienna and her many roles besides the Marschallin. Jacobi #1 Jacobi #2

During her first tour of Australia in July 1937 Lehmann was interviewed by the director of the Australian Broadcasting Company, Mr. Moses. Lehmann speaks of her wonderful times there; the book she hopes to write (based on her diaries of her Australian tours) called: “Singing ‘Neath the Southern Cross;” Moses asks about the animals that she has met and she replies that she isn’t allowed to take home any live ones but has been given many stuffed ones; she also speaks of the Salzburg Festival and the upcoming Marriage of Figaro in which she will sing the role of the Countess (in Italian) with Pinza as Figaro. As it happens she didn’t sing this role at Salzburg.

Though not an interview, Lehmann’s Farewell Recital address to the audience is one of her most famous utterances.