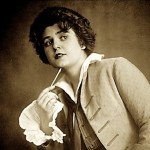 If you don’t have the Beaumont Glass and or Micheal Kater Lehmann biographies in book form, and want a briefer summary of her life, you can choose from the following versions of Lehmann bios: auf deutsch

From the “Record of Singing” 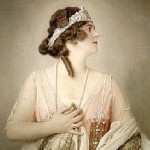 Soprano Lotte Lehmann (born on 27 February 1888, Germany; died on 26 August 1976 USA) made her operatic debut at the Hamburg Opera in 1910 and sang her last recital in August 1951. One of the greatest singers of the 20th century, creator of roles by Strauss and Korngold, Lehmann emigrated to the United States in 1937. A founder of the Music Academy of the West in Santa Barbara, California, Lehmann was also a profoundly influential teacher, a published author, poet, and painter. Her recorded legacy spans 500 releases. After retiring, she taught at her home in Santa Barbara almost until her death in 1976 at the age of 88.