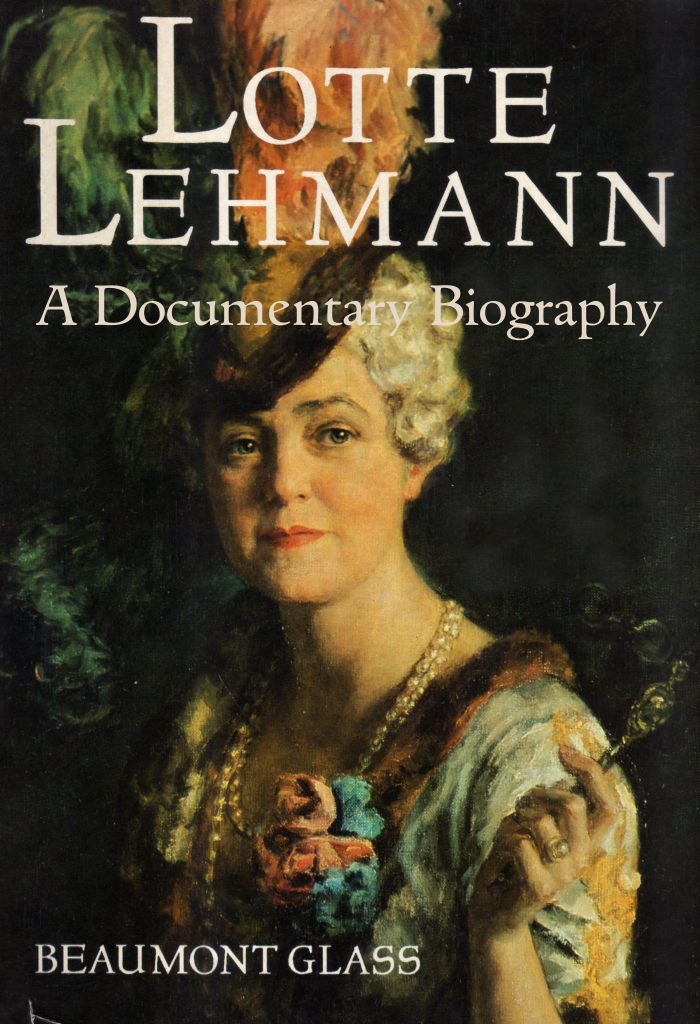 (Bolded text is either reinstated, updated, or new text that did not appear in the original 1988 publication.)

For two and a half years I was Lotte Lehmann’s assistant at the Music Academy of the West in Santa Barbara. I accompanied master classes in lieder and opera, coached students, and occasionally assisted with staging. During those years Mme. Lehmann presented complete productions of Der Rosenkavalier and Fidelio. I was privileged to observe how she built up every role, detail by illuminating detail. I cherish my Rosenkavalier score, scribbled full of her stage directions and comments.

In the summer of 1961 I was Mme. Lehmann’s assistant stage director for Fidelio, her last production. She asked me to block and direct the ensemble scenes so that she could save her energy for the individual characterizations and the crucially important dialogue.

I am old enough, and lucky enough, to have seen Lehmann’s Marschallin several times at the Metropolitan Opera and to have heard a number of her lieder recitals. Those were unforgettable experiences.

During my years in Europe with the Zurich Opera, I had a chance to visit Mme. Lehmann nearly every summer in Salzburg, Vienna, Schrunz, or Bad Gastein. She often came to Switzerland as well.

I saw her for the last time in Santa Barbara, a year before she died, bent and barely able to walk with two canes, but still a fascinating woman.

More than any other artist I ever knew, she incorporated a genius for interpretation, uniquely combined with the rare ability to articulate her insights and to pass them on to others.

This book is my attempt to offer my thanks to Lotte Lehmann for the precious gifts she has given to me and to so many. Its form was determined by the special nature of the documents available. I wished wherever feasible to preserve the actual words of Lotte Lehmann and of those who heard her in her major roles and in recital at various stages of her career. I am the translator of all the materials in German, French, and Italian that have not already been published in English. In the case of Lehmann’s early letters I might better say I am the cryptographer, since they were written in a now-obsolete form of German script and, especially in her letters to her brother, dashed off in a nearly indecipherable scrawl. Here typewritten letters, bristling with numerous corrections scribbled in ink, are often almost as hard to read as her earlier German script. The orthography and syntax of her later letters in English, except where otherwise noted, have occasionally been corrected; but basically a considerable portion of this biography is Lotte Lehmann speaking in her own words and in her own characteristic way.

This book would not have been possible without the indispensable cooperation of Dr. Frances Holden, Lotte Lehmann’s longtime companion, who graciously invited my wife and me to live with her for five months, giving us what had been Lotte’s own apartment. We were surrounded by the mementos of a great career and of a most productive friendship. Everywhere there were samples of Lehmann’s prolific creativity: her felt pictures, her paintings, her glass mosaics, her ceramics. Her opera scores, her volumes of lieder were there. Hundreds of photos. A nearly complete collection of her records. The parrot and the dog that survived her. Outside our window the Pacific, framed by hibiscus and jacaranda. Hummingbirds, butterflies, and a pair of amorous owls. No would-be author could ask for a more inspiring setting in which to write a book about Lotte Lehmann.

Frances was indefatigable in tracking down letters, old date books, all sorts of random bits of information that might be usable. Her enormous library alone had the answer somewhere to almost any conceivable question.

Much as she hated speaking into a tape recorder, she gamely submitted when the mood was right. Her recorded reminiscences, though punctuated by screams from Suzy, the parrot, are fascinating and suggest a gift for total recall.

The Lotte Lehmann Archives at the University of California, Santa Barbara, contain thousands of letters to and from Lehmann, along with telegrams, manuscripts, photos, press books, scrapbooks, and paintings, to which I was given unlimited access through the courtesy of Dr. Joseph A. Boissé, University Librarian, and Christian Brun, Head of the Special Collections Department.

Hertha Schuch of Vienna and Gary Hickling of Hawaii have been particularly helpful in sending me interesting and hard-to-find material on Lotte Lehmann. Mr. Hickling has compiled the definitive Lehmann discography, a mammoth, complicated task.

I wish to thank Judy Sutcliffe for finding me a publisher, for setting the type, and for loaning me a car; Dr. Daniel C. Jacobson for teaching me how to use a computer; Charles Edward Glass, my brother, for lending me his printer; and my wife for helping me read through mountains of letters and clippings.

I would like to express my gratitude to Margaret Specht, who took the trouble to read my first draft, and to Roger Levenson for his editing and proofreading.

Special thanks also to Risë Stevens and Rose Bampton for their graciousness in granting me interviews.