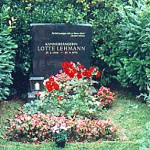 “Long after I had given up most of my other roles in obedience to the inexorable command of time,” Lotte Lehmann wrote in 1964, “I was still being recalled to the stage to recreate by favorite role: the Marschallin in Der Rosenkavalier. And whenever I sang it, I felt caught up in the sheer joy of it, swept away by its magic, the words and music streaming out as though they were truly part of myself and created by me.

“And whenever I closed the door on Sophie and Oktavian to leave them to their bliss, I always felt I as though I were closing the door upon part of my own life, taking leave with a smile….”

For the fortunate generations that experienced her on the stage, she somehow represented the highest ideals of art and, yes, of humanity too. She was, of course, an extraordinary singer. But she also happened to be a woman of even more extraordinary warmth and understanding. These qualities invariably colored and enriched her singing.

Lehmann sang her valedictory Marschallins at the Metropolitan opera–not really her favorite opera house–in 1945. Noel Straus has left us a revealing impression of those twilight permormances.

“Although Mme. Lehmann’s voice possessed less volume than formerly and was used with caution on top notes,” he wrote in the New York Times, “her every phrase was so replete with meaning and so deeply communicative that never has her artistry in the role worked with greater conviction or impressiveness.”

The Marschallin was Lehmann’s third major assignment in Der Rosenkavalier. Early in her career she was cast as the sweet, high soprano ingenue, Sophie. Later, as her voice darkened in color and grew in size, she graduated to the elegant trousers of Oktavian. Then, in 1924, she decided that her increasingly ample form was more suitable to the feminie finery of the Austrian princess–as were her temperament and intellect.

Mastering the Marschallin, she once remarked with characteristic immodesty, is “a task of astounding complexity, for the successful interpreter of the role must be not only a good singer and a superb actress but also a many-faceted, sparkling human being, a great lady, a bewitching lover, and a coversationalist of the highest order.”

Lehmann knew she had the right credentials.

Olin Downes eloquently told New York all about it when she sang the Marschallin for the first time at the Metropolitan, on January 4 1935:

“…When the Princess is characterized by a Lotte Lehmann she becomes the dominating and absorbing motive of a lyric drama in which the music makes us know, feel and suffer with her. Mme. Lehmann has long been famous for this characterization, which has everything–the lightness of touch, the manner and accent of the nobly born; the flaming embers of a last passion, the pathos and ache of renunciation. When the Princess took the chair proffered her in the last episode of the drama, seating herself as one to the purple born, and with the bitter knowledge of her years upon her, she knew and everyone who watched knew that for all purposes of the life of the heart she was an old woman.

“She was saying farewell to the one precious thing, which she was relinquishing to another. This emotion was not only in the face, but in the very folds of the dress and in the set of the head. It was the musical phrase and the voice itself…”

For the generation that missed Lehmann on the stage there still are records. They reveal a great deal, if not enough.

The most poignant memento, no doubt is the celebrated Vienna Rosenkavalier which enlists such golden-age colleagues as Richard Mayr and Elisabeth Schumann. The sound is distant. The cuts are irritating. The recording conditions apparently were so lax that Lehmann was permitted to leave the studio before intoning the Marschallin’s crucial exit line, which was uttered in her stead by Sophie.

Nevertheless, a tantalizing sonic likeness of the Lehmann Marschallin remains. Ears accustomed to Schwarzkopf’s finesse or Crespin’s sensuality may find it a rather matronly, earthly portrayal. There is no mistaking the inherent emotional thrust, however, or the verbal point, or the linear authority. Lehmann obviously was a singer who gave generously of herself, a singer who favored poetry as well as music, and a singer who cloaked her art in an aura of spontaneity.

If one misses a certain dynamic subtlety in the recording, that probably has more to do with phonographic primitivism than any vocal limitations. Contemporary accounts invariably lauded Lehmann for the refinement which counterbalanced her sense of abandon.

“Mme. Lehmann’s voice is not immense in volume as operatic voices go,” wrote the man from the New York Times when she made her Met debut in 1934. “Yet she used it so beautifully that it seemed far larger than it is. Her pianissimo, of exquisite quality, carried to the furthest corner of the house; her fortissimi pierced without difficulty the climaxes of the orchestra.”

In Germany and Austria, Lehmann recognized no specialty. She sang Massenet’s Manon, Puccini’s Turandot, Verdi’s Desdemona, Tchaikovsky’s Tatiana, lots of Mozart, the obvious Strauss operas, and all manner of middleweight Wagner. (She desperately wanted to sing Isolde but–probably wisely–never dared.) In America, however, her operatic career was limited essentially to Rosenkavalier plus a four-part Wagner survey. Of her 54 appearances at the Metropolitan, 26 found her officiating in the Marschallin’s boudoir. On only two isolated occasions did she escape type-casting–as Tosca.

Her introductory assignment in New York was Sieglinde in Die Walküre.

“At the beginning of the scene with Siegmund, and indeed well into the middle of Act I, it was not a warm voice,” observed the Times, “and there were moments of slight departure from pitch, and apparantly slight forcing at the top…But if her first act was of a sort to startle the critical faculty into sharp attendance and admiration, her performance in the second had an electrifying quality that swept that faculty away for once and made even the guarded listener a breathless participant in the emotions of the anguished Sieglinde.”

This anguished Sieglinde is preserved, too, on recording. We are lucky. With Bruno Walter as her inspiring conductor and Lauritz Melchior as her heroic partner, Lehmann’s radiant, urgent, womanly performance remains as compelling today as it must have been four decades ago. If she had done nothing else in her career, this sonic document would easily have assured her place in history.

Lehmann’s unique art sprang from her heart, brain, her voice and her technique, probably in that order. Technique came last.

Her tone production could be uneven, her phrasing hampered by limitations of breath control. Her top was precarious enough for Toscanini to permit her to transpose the Abscheulicher aria in Fidelio. With lesser singers such problems could be fatal. With Lehmann they were, at worst, passing blemishes.

“Technique? I have no idea of technique,” she confessed to an arch-admirer named Albert Goldberg in 1968. “I never did in my life. For me it was bad to try to sing consciously and guide my voice. I always had to do things intuitively.”

She did things intuitively, and beautifully, until she was 63. Then, without warning, in mid-recital at New York’s Town Hall, she told her adoring public that the time for farewell had come.

The audience was shocked. “No! no!” someone cried.

“I had hoped you would protest,” Lehmann replied in a memorable impromptu speech. She smiled. “But please don’t argue with me. After 41 years of anxiety, nerves, strain and hard work, I think I deserve to take it easy.”

Eventually there were tears on both sides of the footlights. For a last encore, Lehmann began Schubert’s An die Musik. Her voice faltered. She left the stage, choked with emotion, unable to complete this apostrophe of gratitude and dedication to her art.

Later she composed herself and greeted what was virtually the entire audience in her dressing room. “It is good,” she remarked, “that I do not wait for the people to say: my God, when will that Lotte Lehmann shut up!”

Lehmann moved full-time to her beloved Santa Barbara and concentrated on painting, writing and teaching. She became a revered matriarchal figure, a symbol of old-world authority and lingering glamor.

Her master classes, some of which have been preserved on film, turned out to be controversial one-woman performances. Some students learned a great deal just from listening to the ex-diva talk. Others complained that they were being asked only to imitate the Lehmann model, an exercise they found of limited educational value.

Lehmann could tell wonderful anecdotes in any case. She commanded the stage, even in a classroom, with uncanny force. She was not particularly flexible, however, when it came to developing and encouraging an interpretation that might have conflicted with her own.

In 1962, Lehmann was invited to return to the Metropolitan to stage a revival of Rosenkavalier. She later described, most revealingly, her confrontation with the celebrated mezzo-soprano cast in the title role.

“Oktavian,” Lehmann wrote, “as sung by Hertha Toepper of the Munich State Opera, could have been perfect if only she had come to see him my way as a radiant creature, a startling delightful young boy who does not grow up and change into a real man until the second act…In the beginning, Hertha seemed to be fighting rather than trusting me, and it was not always easy to obtain her agreement…I happen to know how Strauss himself conceived of Oktavian, and I saw him through Strauss’ eyes. But a gift not welcome is a useless gift.”

Let it not be said that Lotte Lehmann lacked ego. She was, after all, a prima donna. The real thing.

The same stubborn conviction that made her an interpretive autocrat also made her a model of unswerving moral principles. In 1933, Hermann Goering invited Lehmann to become the official diva of the Third Reich. Declining, she refused to return to Germany, under any circumstances.

“I cannot serve politics,” she wrote in 1938. “I can only serve that which always has been and still is the mission of my life…I want to be an artist–nothing else…I want to sing the songs that I love, without questioning to what race the composer belonged. God put music into my heart and a voice into my throat. I serve Him when I serve music. I no longer understand the land of my birth.”

Lotte Lehmann will be remembered.