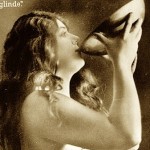 Many people who worked with and knew Lehmann were glad to provide their memories and these were often heard on the radio for occasions such as Lotte Lehmann’s birthday etc. This page will provide you with access to the wide variety of such programs. You may read the many tributes recorded for the second Lehmann Tribute. The first Lehmann Tribute is available from Arabesque Records. It includes spoken and sung tributes to LL from Grace Bumbry, Beaumont Glass, Kurt Ollmann, Lotfi Mansouri, Jennifer Larmore, Paul Sperry, Dalton Baldwin, Marcella Reale, Mildred Miller, Wolfgang Holzmair, Luba Tcheresky, Judith Kellock, Norman Mittelmann, Marni Nixon, Nathalie Stutzmann, Christoph Prégardien, Alice Marie Nelson, Lois Alba, Juliane Banse and Speight Jenkins.

One of Lehmann’s final pupils, Jeanine Altmeyer, and I provided an impromptu class on Lehmann during the Hawaii Performing Arts Festival of 2008. This lasts over an hour, includes Lotte Lehmann recordings (played on a boom box in the hall) and so should be listened to in bits and pieces and fast-forwarded when necessary!

When conductor, pianist, composer, and author André Previn came to O’ahu to conduct the Honolulu Symphony Orchestra, I interviewed him concerning his time as a pianist with MGM in 1947 when Lehmann appeared in Big City.

It is well-known that Gérard Souzay coached with Lehmann. Dalton Baldwin was his pianist and partner, so he was present and playing during these coachings in Santa Barbara. This is what he said about Lehmann.

Though she was in her 90s, I was able to record a bit with Lehmann’s long-time companion, Frances Holden. She speaks softly and begins by reading from the Lehmann biography of Alan Jefferson.

Marcel Prawy was witness to the wonderful Vienna years of Lehmann (as well as his personal friend (and family relation), soprano Maria Jeritza. It is nothing less than fun, to hear him extemporize on some of his favorite themes, of which he was personally familiar. These interviews are in German.  Prawy speaks of LL & Jeritza Prawy on R. Strauss Prawy mentions LL

A two part Lehmann Documentary was prepared for Chicago’s WFMT and broadcast on their network during 2006 to mark the 30th anniversary of Lehmann’s death. Writer / producer Jon Tolansky interviewed Lehmann students and colleagues and included many rare recordings and masterclasses. You may hear the first hour, which features Lehmann’s opera recordings, or the second hour, with more focus on Lieder.

Lotte Lehmann was more than a singer. Besides her books, her art work, her teaching there was her poetry. Dotsie Hellman commissioned Thomas Pasatieri to write a song cycle to Lehmann’s poetry. He did this for soprano and piano and then later orchestrated Sieben Lehmann Lieder