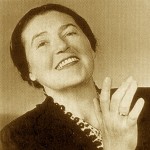 Though Prussian-born and eventually American-naturalized, the beloved soprano Lotte Lehmann came to represent to the world the traditional Viennese qualities of charm, breeding and warm-heartedness. She studied singing in Berlin with several singers–the most notable was Mathilde Mallinger, Wagner’s first Eva in Die Meistersinger. Between 1910 and 1912, Lehmann was afforded her first opera experiences, singing secondary roles for the Hamburg Opera. 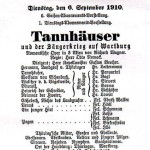 Her debut in a solo capacity came in 1912 when on short notice she substituted for a stricken colleague in the role of Elsa in Wagner’s Lohengrin. In 1914 she played Sophie in Strauss’ Der Rosenkavalier at Drury Lane, London. Two years later, Lehmann moved to Vienna, gaining immediate popularity as The Composer in Strauss’ Ariadne auf Naxos. 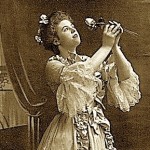 By the end of World War I, Lehmann was widely recognized as one of the most eminent sopranos of her time. During her Viennese years, Lehmann sang many roles in addition to the German parts generally associated with her name, including several Puccini heroines (Tosca, Suor Angelica, Mimi, Madame Buttemy), Massenet’s Manon and Charlotte, and Tchaikovsky’s Tatyana among others. Richard Strauss was particularly charmed by her performances in the roles of Octavian and the Marschallin in Der Rosenkavalier, and in the title roles of Ariadne and Arabella; he chose her as his first Färberin in Die Frau ohne Schatten (Vienna, 1919) and Christine in Intermezzo (Dresden, 1924). In 1927, during the Beethoven Centenary, her debut performance as Leonore in Fidelio was critically acclaimed as one of her greatest achievements. She retained her links with Vienna until the Anschluss and her distaste for the Nazi regime drove her from Austria to the United States in 1938. Her brilliant London career dates from 1924 with her appearance as the Marschallin at Covent Garden under the baton of Bruno Walter.

Mme. Lehmann made her first visit to the United States during the 1930-31 season of the Chicago Civic Opera Company, with her historic performance as Sieglinde. Later that season she made a recital appearance in Minneapolis. In January 1932, Lehmann gave her first New York recital to a sold-out house. So great was the demand to hear her that a second recital was scheduled for a month later, and this too was sold-out. In 1934, she made her Metropolitan Opera debut in the role of Sieglinde–one that has rarely been matched for artistic brilliance, public admiration and critical acclaim. During these years, Lotte Lehmann became one of America’s most beloved singers. At the Met, San Francisco, and Chicago opera houses her name became synonymous with the roles of the Marschallin in Der Rosenkavalier, Sieglinde in Die Walküre, as Elisabeth in Tannhäuser, Eva in Die Meistersinger, and Elsa in Lohengrin. In 1945, after over a decade of regular appearances at the Metropolitan, Lehmann gave her farewell performance there, and bid adieu to the opera stage on November 1, 1946 in Los Angeles, appropriately as Strauss’ Marschallin–the role for which she is perhaps best remembered.

For the next seven years Lotte Lehmann devoted herself to the concert stage, 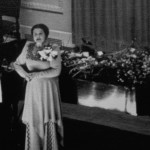 where her unrivaled interpretations of German lieder brought her critical acclaim as the foremost recitalist of her generation. In addition to her many performances on the concert stage, Mme. Lehmann made numerous radio appearances, hundreds of recordings, and starred in an MGM feature film (Big City, 1947). 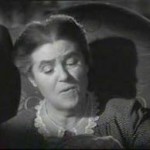 Her warm humor and her love for humanity made Lehmann one of the few personaiities who could elicit a response from the sophisticated New York critics such as the one made by Robert Hague after Lehmann’s annual Town Hall recital in 1947: “Her charisma is a miracle that transforms the formal interior of Town Hall into the warmest, most pleasant intimate room in the city. I’m sure there wasn’t anyone present who didn’t fall in love with her and most before the end of the aftemoon.”

Her devoted public was shocked on February 16, 1951, when Lehmann, while in the midst of another Town Hall recital, suddenly announced that she was retiring from the stage. She did, however, sing in public several more times, including a concert in affiliation with the Music Academy of the West which she helped to establish in Santa Barbara, the city she called home for nearly forty years. Her final concert which was sung at the Pasadena Community Playhouse on November 11, 1951.

During her retirement years, Mme. Lehmann gained renown as a teacher, author and artist. She established the first vocal master classes in the United States and over the course of sixteen years she taught such esteemed singers as Marilyn Horne, Grace Bumbry, Jeanine Altmeyer, Kay Griffel, Benita Valente and Carol Neblett–all who subsequently enjoyed successful careers with the Metropolitan Opera. She wrote five books and published dozens of articles on musical subjects. She was a prolific artist, creating three complete sets of paintings to illustrate the song-cycles of Schubert and Schumann, dozens of oil portraits of opera scenarios and personal friends, numerous tile mosaics and paintings, and many other artworks in various media.

During her life, Mme. Lehmann’s accomplishments were recognized by many special honors. She was given the Austrian Medal of Honor in 1961, and she was one of the very few to receive an honorary Doctorate from the University of California. On February 27, 1968, which was declared “Lotte Lehmann Day” in Santa Barbara in honor of her 80th birthday, she received gifts and telegrams from presidents and various high ranking officials from around the world in tribute to her artistic life. Her memory is perpetuated most notably through the Lotte Lehmann Archives housed at the University of California, Santa Barbara.